Video calls and live streaming have helped churches to keep services going during the pandemic, and new research shows they are here to stay. 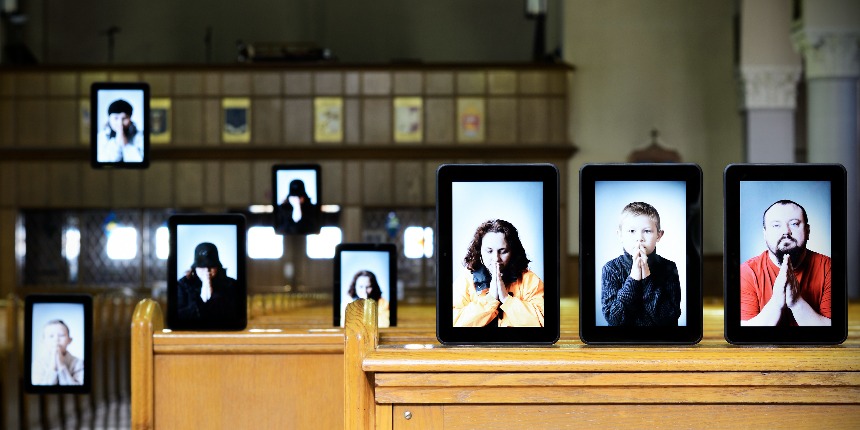 In a survey of over 1,000 church leaders, 93% said they had adopted new communication channels to stay in touch with their congregations during the UK-wide lockdown.

Zoom with the views

The overwhelming majority (93%) said that they had used video conferencing platform Zoom to host public events and hold virtual meetings since March 2020, while others used Facebook (60%), YouTube (5%) and Microsoft Teams (1%) to stream to their congregation.

Over two out of five (43%) of the churches who had used these new channels said that they had seen an increase in attendance against their usual numbers, leading almost two thirds (62%) to say they will carry on streaming to their audience after lockdown ends.

Adapting to these new channels did require some investment on the part of churches. More than half (56%) said that they had bought new technology to support the new approach, with over half of those (55%) having spent over £500 on equipment, including sound equipment (50%), cameras (52%), and live streaming services (62%).

Over two thirds (69%) of those that invested drew on reserves to do so, while nearly a third (30%) used donations they’d received.

A helping hand from churchgoers

Establishing new digital channels did come with challenges though with over half (57%) said they had received help in setting them up.

Almost three quarters (73%) responded saying that they had been given support from members of their congregation, revealing not only a willingness to help their churches during such a challenging time but also a potentially untapped skill base.

Michael Angell, church operations director at Ecclesiastical Insurance, said: “Churches are so important to so many people and maintaining that sense of community and the togetherness associated with that has been a lifeline during the pandemic.

“With restrictions preventing physical meetings and many experiencing isolation, either through shielding at home or lockdown, these new means of keeping in touch with congregations have proved hugely popular.

“Even though many churches are now open again, it is encouraging to see that they plan to continue with these new channels and in doing so welcome their audiences, both new and old, back into their churches.”

Volunteer attitudes to health and safety in the charity sector

Ecclesiastical are partnering with leading researchers at the Health and Safety Executive’s Science and Research Centre to develop practical advice for charities.

New partnership with the Church of England Pension Board

Ecclesiastical Financial Advice Services (EFAS) has signed an official partnership agreement with the Church of England Pension Board.

Nearly three quarters (73%) of UK independent schools say that improving sustainability and reducing their carbon footprint is a key part of their five-year plans.