Are we leaving our phones wide open to criminals?

Research1 commissioned by specialist insurer, Ecclesiastical, has revealed people in the UK are too complacent about smartphone security and are leaving their devices wide open to criminals.

The survey found people are most concerned about becoming a victim of online fraud via their smartphone (70%), closely followed by malware (69%) and identity theft (68%).
Three in five people believe smartphones are vulnerable to cyber-attack (58%) while half believe smartphones can be easily hacked (48%).
One in ten (11%) are unsure whether they have had their mobile phone hacked, while 4% said their phone had been hacked.

Despite concerns, many smartphone users aren’t taking simple steps to protect their devices.
Of those surveyed, just two in five (43%) have an antivirus app installed on their phone.
Less than a third (30%) always install apps from a trusted developer/official app store or always disable Bluetooth and location services when not needed (31%).
More than half accept friend requests on social media because they recognise the photo (54%) and share their current location on social media (52%). While half (50%) admit to sharing holiday snaps on social media while they are away.

The survey revealed only half (51%) always use a password or biometric authentication for unlocking their phone, while one in ten (16%) never use a password or biometric authentication to unlock their phone.
Four in five (78%) admit to using the same password for multiple websites or apps, while seven in ten (68%) admit to using simple and easy to remember passwords such as their family name or date of birth.

Use of free public Wi-Fi despite mistrust

The research revealed the vast majority of people in the UK (72%) are concerned about cyber-security when logging onto free public Wi-Fi and more than half (55%) believe it’s not safe to log onto free public Wi-Fi via a smartphone. Despite this, seven in ten (69%) admit to logging onto free public Wi-Fi networks with their smartphones.
Regardless of the risks, of those who use free public Wi-Fi, one in ten people admit to doing online shopping (13%), online banking (13%) and paying for purchases (10%).
Sarah Willoughby, Art and Private Client Development Director at Ecclesiastical, said: “During lockdown many of us have become more reliant on our smartphones than ever before to keep in touch with loved ones and order items online. Our research has highlighted that, while many of us are using our phones to make financial transactions and pay for purchases, most are concerned about cyber security risks. We should take as much care to protect ourselves when, where and how we are using our smartphones as we do when using our computers and laptops at home. As these technologies continue to evolve at a rapid pace, it’s important that smartphone owners consider how best to protect themselves and cyber insurance can offer a safety net should the worst happen.”
Tom Tahany, Operations Manager at Blackstone Consultancy, said: “Ecclesiastical’s research found many smartphone users aren’t taking simple steps to protect their devices and this complacency can start at the time of purchase. If you buy a second-hand smartphone from eBay or Facebook Marketplace you don’t know who you are buying from and whether the phone is safe and secure. It’s important to be mindful of the risks. If you decide to sell your smartphone, we recommend you factory reset your device multiple times to remove any scraps of data that, if purchased by someone with the right skill-set, could be used to steal your identity.
“It’s also interesting to read that people are still using public Wi-Fi even though they don’t trust it. Before logging onto public Wi-Fi with a smartphone or other device, think twice. Not every Wi-Fi network is genuine as hackers sometimes create fake Wi-Fi networks, and once logged on, they can see everything you do. If you do have to use public Wi-Fi we strongly recommend you avoid accessing sensitive data, including making bank transfers or reading confidential documents, until you can log onto a secure network such as your Wi-Fi at home.”

Quick and easy steps to protect your smartphone

1 The survey was commissioned by Ecclesiastical and conducted by OnePoll, with 2,000 UK adults who are smartphone owners between 4 October and 15 October 2019. 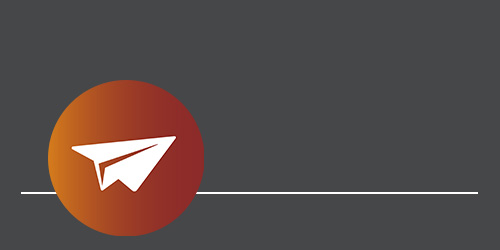 More information for Theft of oil