It is common knowledge that tall buildings attract lightning and for centuries, the spires of churches have dominated the skylines making them particularly vulnerable to lightning strikes. 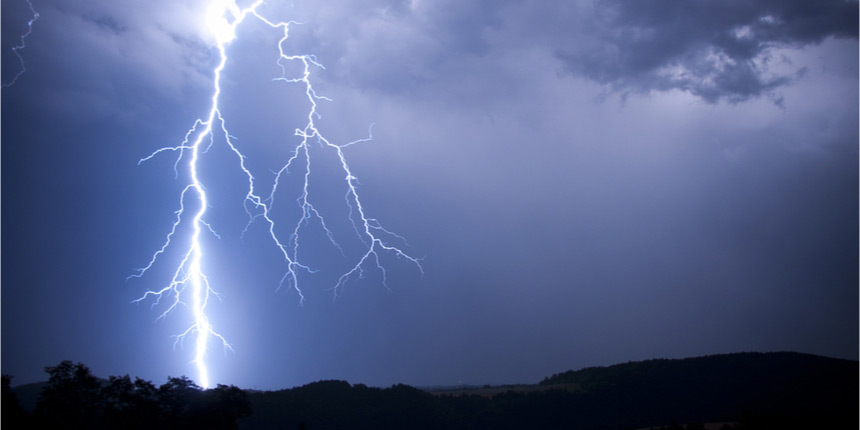 What happens when lightning strikes?

A single bolt of lightning can contain up to one billion volts of electricity.  This can cause considerable structural damage if the bolt strikes a building.
The strike can cause an electrical surge and can trigger malfunctions, shutdowns and burn out the wiring. Telephones, computers, electric organs and alarm systems are all at risk.
Damage caused by lightning comes in two main forms:

How can you prevent lightning damage?

Of course, there is no way to predict or prevent lightning strikes. The traditional defence for most Anglican churches has been a lightning conductor – a single Franklin rod (named because it was invented by the Benjamin Franklin) leading from the top of the spire or tower, to an earth stake buried in the ground.
A modern approach to lightning protection is known as a Faraday Cage system, comprising a mesh of conductors laid at intervals over the roof and down the walls of the church, and connected to the ground by earth electrodes.

You can also download our lightning guidance notes for more detailed advice.

An overview of what you need to consider when planning building works at your church. It is very important that you understand the insurance implications of building works and when you should contact Ecclesiastical.

More information for Your responsibility when planning church building works

In response to the fuel crisis, many churches from all faiths are opening their buildings to provide a warm space to people experiencing fuel poverty.

Flooding in your church and associated properties can cause inconvenience and heartache to your church community. It’s impossible to flood-proof your church properties but there are some simple actions you can take to reduce the damage a flood may cause.